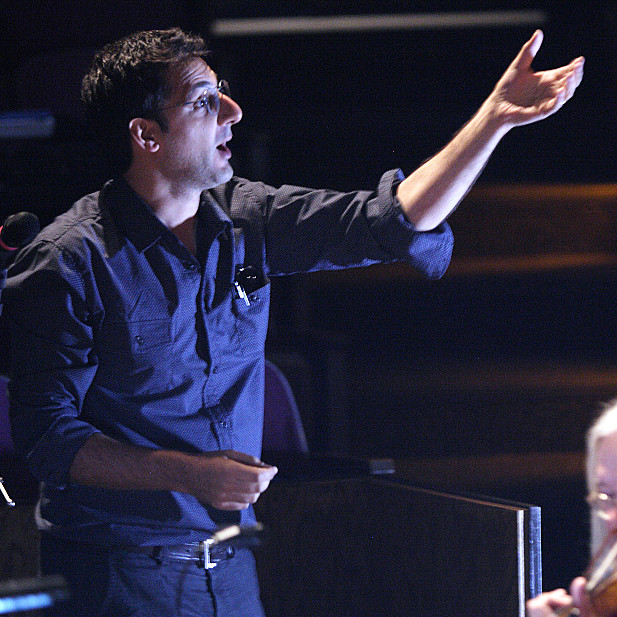 Hooshyar Khayam (born 1978, Bedford) is an Iranian-British musician. He is active as a composer, pianist, teacher and producer.

He specialises in contemporary classical, fusion/world music, and in music for film and theatre.

Prior to founding his own label, Khayam had been working with Hermes Records alongside a few other publications on solo and collaborative albums. In 2015 Khayam founded Tehran Records to produce and promote music of Iran today, and to bring attention of the audience in Iran towards other musical genres and literature.

Khayam has a BM in Persian Music from University of Art in Tehran, an AD in Piano Performance from Trinity College of London, an MM and DMA in Composition from College-Conservatory of Music Cincinnati.