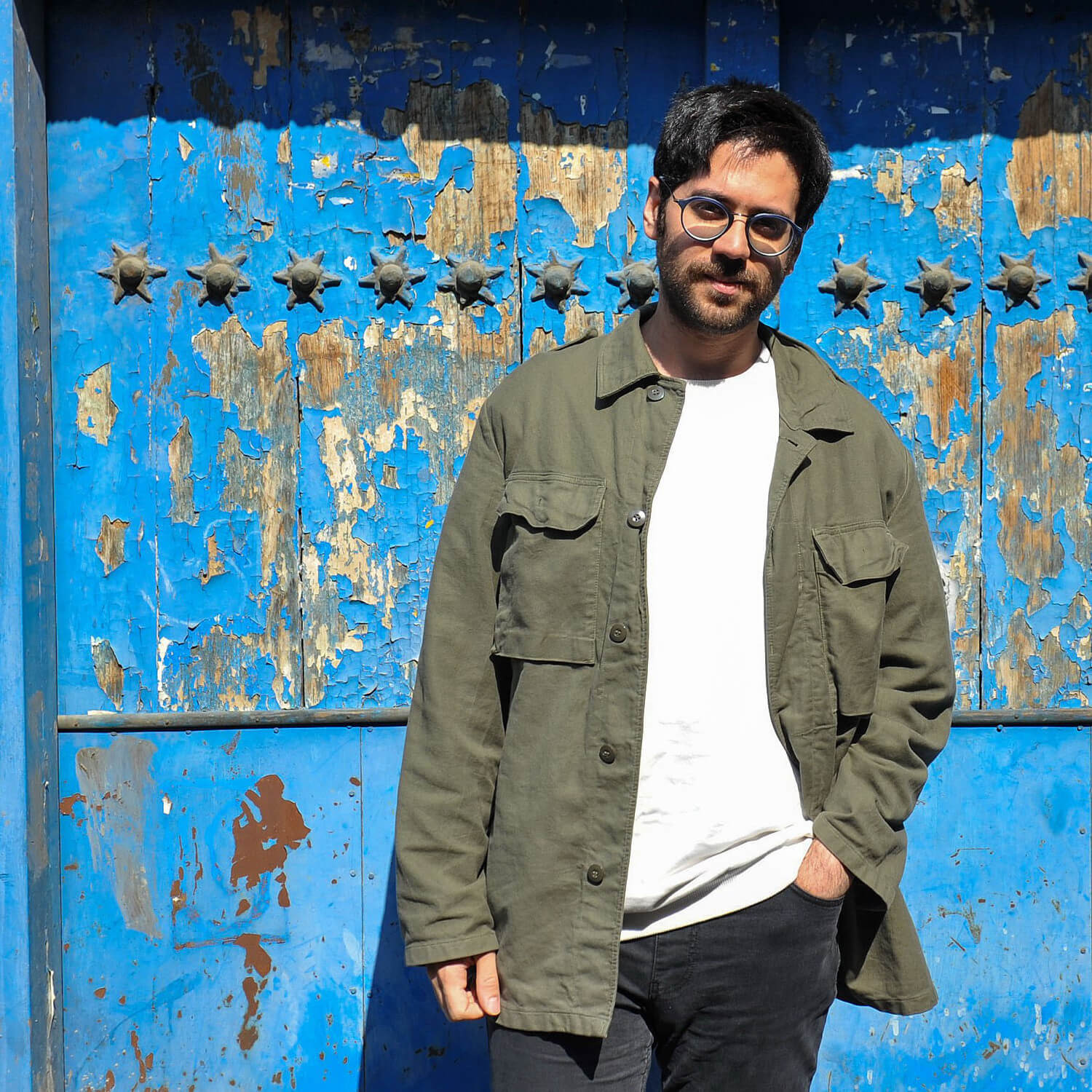 Bamdad Afshar (born in 1986, Tehran) is a real multi-talent: music composer, sound designer, art director, record producer, and film score composer. He graduated with an MFA in music and has since worked on over forty productions for film and theatre.

He brought his personal note to many collaborations with artists such as Hooshyar Khayyam, Hossein Alizadeh, Homayoun Shajarian, Amir Reza Koohestani.

Furthermore he is a university lecturer at the Faculty of Fine Arts of Tehran, Tehran University and Faculty of Art and Architecture, Tehran Azad University. Amongst other disciplines, he is teaching sound in performing arts, music technology, electronic music production and music in puppetry!

Bamdad has been conducting research on urban soundscapes of Tehran for several years. Since 2017, when he formed Otagh Band, his work has taken an interdisciplinary direction, combining sound art, electronic music composition and experimental practice of robotic performance art. He currently leads Otagh Band, overseeing the collective’s artistic direction and productions, alongside his role as university lecturer and theatre and film score composer.

In 2020 he won the prestigious price for “best soundtrack” at Fajr International Film Festival.